Tory Minister says one thing does another 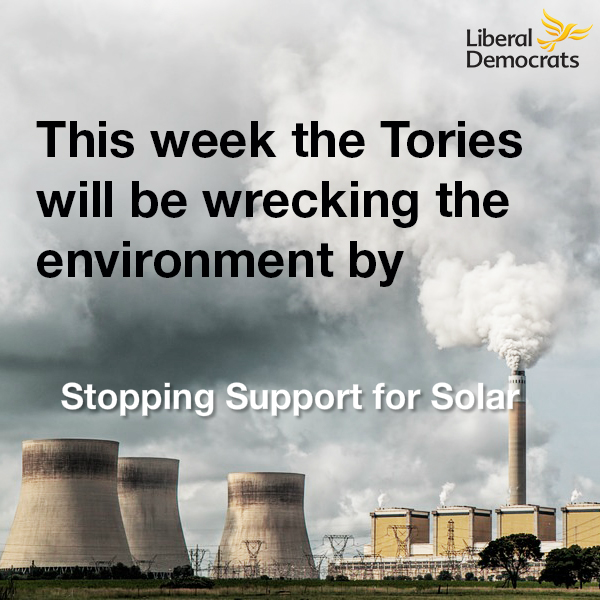 This really makes me mad. Just a few weeks after signing up to the Paris climate change agreement, with the Secretary of State saying the UK is 'absolutely committed' to it, the Government is now trying to pull the rug from under the feet of Britain's solar power industry.

This is a chance for Britain to get ahead of the game in a growing sector, but sadly the Government is too short-sighted to realise that.

Today, the Lib Dem members of the Lords will be voting against plans to slash feed-in tariffs, which would not only damage our ambitions on emissions reduction, but also damage an industry that will be crucial in the years ahead.