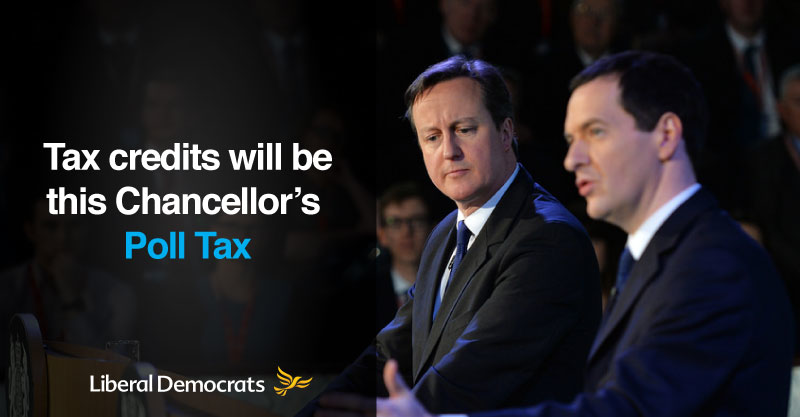 As a debate takes place in Parliament on the changes that will penalise working families, Tim said:

"George Osborne's attack on working families is an aggressive assault on millions of people in Britain. Saying you are listening is cold comfort to hard working people who face losing a large part of their pay packet.

"The Tories promised tax credits were safe during the election but this was completely untrue. It is time for the Chancellor to show the leadership he so badly craves and scrap this disastrous policy.

"George Osborne should learn from his own party's history, and change his mind on tax credits, or give up on any desire he has to be Prime Minister." said Tim.