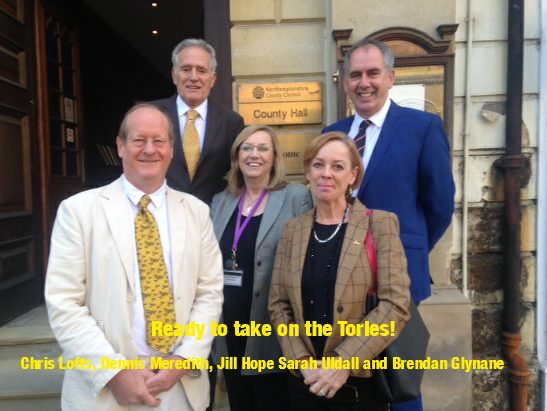 At Today's  (Oct 6th) County Council Meeting Liberal Democrats will propose a motion of No Confidence in the ruling Tories ability to control the council's finances.

The Conservatives have  been struggling to balance budgets for several years. Liberal Democrat Councillors on the Council have repeatedly pointed out that the budgets set each year are undeliverable and based on hope rather than sound financial management.

External Auditor Andrew Cardoza from KPMG Accountants agrees that the County Council has failed to put in place ‘proper arrangements to ensure it took properly informed decisions and deployed resources to achieve planned and sustainable outcomes for taxpayers and local people.’ At the Council’s Audit Committee Mr Cardoza stated he would be issuing a formal ‘adverse 2016/16 value for money opinion.’

When quizzed by Lib Dem Councillor Chris Lofts, Mr Cardoza explained that he audits 28 councils and in only 3 cases has he been forced to issue this stark warning. ‘Northamptonshire County Council’s approach to budget setting and financial management has been officially called into question by the external auditor.’ Explained Councillor Lofts. ‘For years the Conservatives have based their plans on whims rather than sound analysis. The auditor has found them out and has said things must improve otherwise central Government could be forced to step in.’

Lib Dem Leader Brendan Glynane added ‘The people of Northamptonshire are facing real cuts to front line services because the Tory Administration have failed to manage the money properly. By issuing this ‘red card’ the auditor is saying enough is enough.’