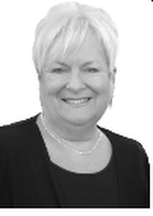 At the end of December Northamptonshire County Council put forward a bid for a single council to cover the whole of the County stretching from Brackley to Oundle. They have even put aside £10 million  to promote this idea.  This from a council that  its own auditors say is in debt and struggling financially.

Liberal Democrats in Northampton led by Councillor Sally Beardsworth have put forward a motion to next weeks meeting of Northampton Borough Council calling for local support to retain our own council here in Northampton.

"Northampton is an ancient borough with over 800 years of history in controlling its own affairs" says Sally. " We fully support the move to single  councils cutting down on duplication and waste but a huge county wide council would be too remote and unresponsive". We need a council based on or around our existing boundaries , one that can respond to local issues locally " .

Details of the Liberal Democrat motion are set out below.

This Council while remaining committed to replacing the current two tier arrangements operating in Northamptonshire with Unitary Councils rejects the idea being put forward by Northamptonshire County Council of a single county-wide authority. We believe that a Unitary Authority based on the ancient Borough of Northampton and those localities shown as Northampton Related Growth Areas in the West Northamptonshire Joint Core Strategy will provide both the critical mass to benefit from economies of scale and at the same time retain the necessary democratic accountability.

We welcome the leading role, the Leader of the Council is taking working with other Districts and Boroughs to bring forward proposals that will prove acceptable not only to central government but to communities across the county