After the result Brian said " I am so proud that my neighbours in Westone Ward have put their faith in me to be their local councillor  and will work hard to justify their support. Lots of people told us on the doorstep that they remembered how hard the Lib Dem Focus Team worked for the area in the past and our committment to the ward".

" The result also reflected people's disappointment at the Tory run councils" said Brian. " There are potholes everywhere, services are being reduced and the Borough Council  lent over £10million  to the Cobblers  without proper guarantees and security. The council is now having to pick up the interest on that loan and still doesn't know where the money has one" 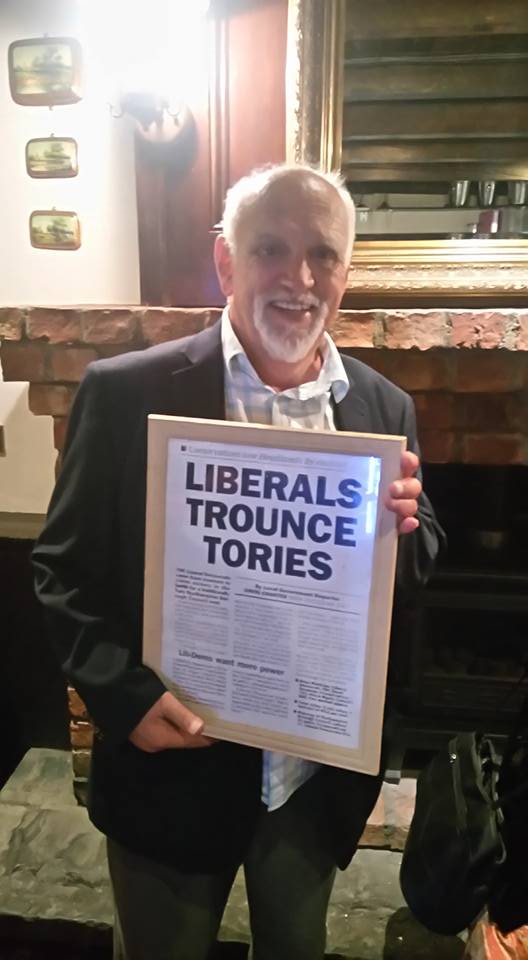 This is the second time Brian Markham has won a by election in this area and the photo above shows the headlines from The Chronicle back in 1993. He went on to serve the area up to 2011.

The result was a great team effort and Brian wishes to thank all those members and supporters who helped the campaign. Special mention should however go to Brian Hoare as agent.