We must involve local people in the future of their town 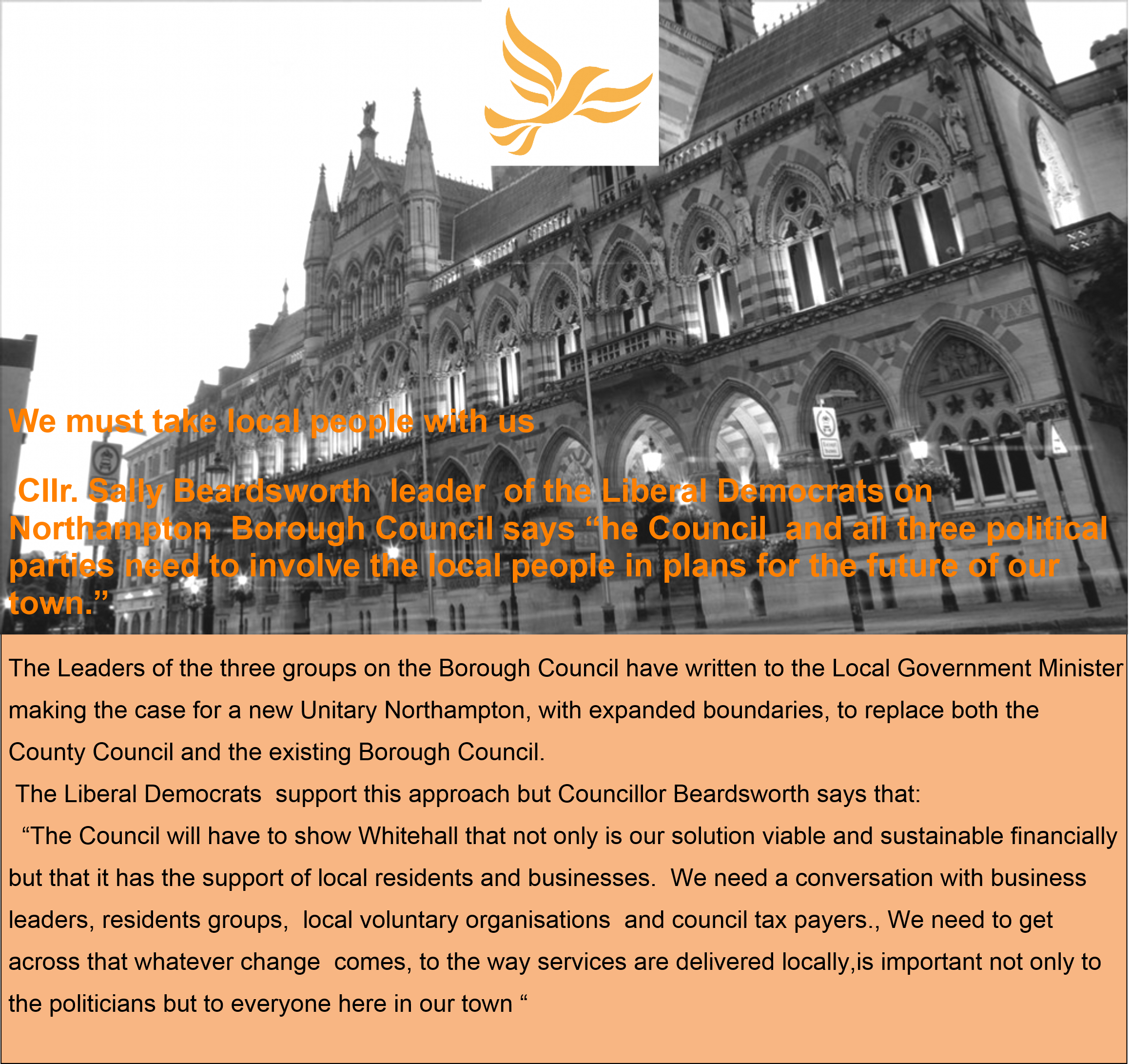 “Not least we need to start a dialogue with local parish councils as to how they see their role in a new larger Borough “ Says Sally.

Cllr Beardsworth has over 30 years in local government having served at both Borough and County level and says: “ there are savings to be made if we go for one council but there also need to be changes to the way councils are funded, If they are going to be able provide the services people need and deserve.”

As a former Mayor of Northampton Cllr Beardsworth says “ Northampton , England's largest town, has over 800 years of history and self government. It would be sad indeed if we became part of some nondescript amalgam stretching across half the County.