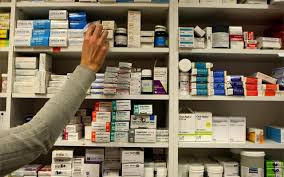 The Liberal Democrats on Northampton Borough Council have put forward a motion to the council meeting on 7th November asking councillors to support local chemist shops.

“Central Government is planning to cut upfront funding for pharmacies by 12% from 1st December and by a further 6% in 2017. The changes to the way the Department of Health pays local pharmacies will particularly affect small local shops that many people rely on”. “Liberal Democrats recognise that our local chemist shops not only dispense prescriptions but also provide help and advice.“ says Cllr. Markham “Everything from advice on weight reduction, stopping smoking and sexual health to cold remedies are provided by local pharmacies if we lose their services then surely that will put more pressure on overstretched GPs and A&E Departments.”

Councillor Sally Beardsworth Leader of the Liberal Democrat Group on the council adds “ Local Chemist Shops provide an important community service and attract customers of all ages to other nearby stores” The Government appears to want people to order their prescriptions on-line but where is that primary care the the local pharmacy provides?”