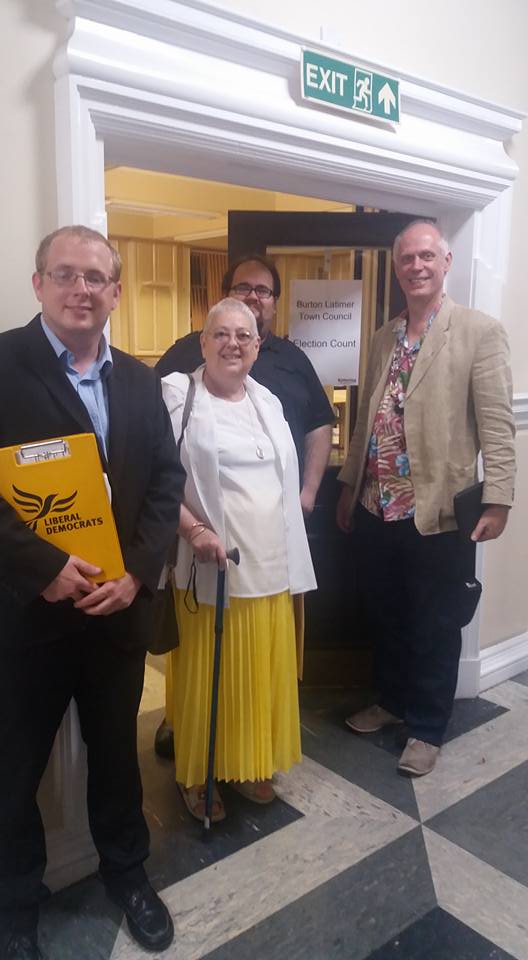 Another  win for Lib Dems in Northamptonshire.

Kettering Liberal Democrats were celebrating last night as Jenny Davies came top of the poll to gain a seat on Burton Latimer Town Council.  In a double by election Jenny  took one seat with an Independent taking the other. Labour were 4th.

Delighted to report that Lib Dem Jenny Davies topped the poll in the Burton Latimer Town Council election, with Labour in fourth place. This is the first council election won in Kettering constituency since 1999.